Here’s a question worth considering – where do you think the next tech park zone will come up in Bangalore? We have four locations in Bangalore, and three of them are located right in the middle of the most heavily commercialized and popular tech parks in the city. 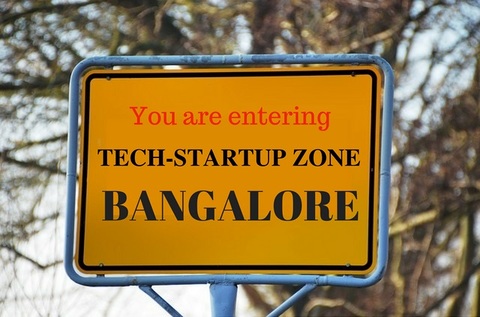 We have good reason to believe, therefore, that the next big tech park hub for IT jobs in Bangalore is going to be in the vicinity of our business center and coworking space in KR Puram.

Techies looking for IT jobs in Bangalore, and the tech companies who hire them, think not just about the salary, but also the quality of life. They look at the location, traffic and commute, greenery, availability of affordable residential properties and gated layouts nearby, malls, supermarkets, restaurants, playgrounds, schools and colleges, hospitals, and other facilities.

Let’s take these and other points that would favor Bangalore’s next tech park zone coming up in KR Puram.

You have to face it – traffic and the horrible commute is Bangalore’s biggest challenge. I was talking the other day with a global head of Cognizant, which has an office in Hyderabad. I invited him here to Bangalore to create some of their IT jobs here, and he refused. Said he couldn’t handle the traffic.

But most of the IT workers employed by our KR Puram center’s tech companies find it incredibly easy to get here from various parts of the city. Whitefield is just 20 mins away, and it’s a serene drive through the greenery and lakes along the Kadugodi Road. The KR Puram Railway Station and Bypanahalli metro are 10-20 minutes only.

There’s no waiting time to find parking in KR Puram. At Evoma, we have huge parking spaces in the basement, driveway, and outside on OMR. As a contrast, consider that the key benefit of our center on outer ring road is also the 0-second wait for parking. But that’s in Marathahalli, opposite Cessna Tech Park and other packed tech hubs, where you may have to wait for half an hour or more to find parking.

For the record, we’re not the only ones who believe that KR Puram is the next tech park hub in Bangalore. Evoma is already part of a growing 14-km tech park zone that stretches along Old Madras Road. Ten minutes from us, Brigade has built a massive workspace complex called Signature Towers at Katamnallur Gate, where the road coming in from Whitefield meets Old Madras Road.

Then comes Evoma in the middle of this tech park zone, and after us on OMR, just after the KR Puram Bridge and the Krishnarajapuram Railway Station, lies WeWork Bangalore. WeWork’s Bangalore coworking space is located at the Tin Factory stop, occupying three floors of the massive 13-floor Salarpuria Magnificia KR Puram.

One thing you want if you’re a tech park housing thousands of IT jobs and companies is luxury living all around you. What’s the point of earning huge salaries if you don’t have apartment buildings and gated community layouts, malls, restaurants, theatres, markets, shops and other places where you can enjoy the evenings and weekends? Right behind is East Bangalore’s tallest building – Pashmina Waterfront.

Our only concern is that this lovely stretch of Bangalore, with all its greenery and lakes, might soon become too popular to be like this for long.