At the Evoma coworking space in Bangalore, we go by our motto of “Why work when you can cowork.” But if you’re wondering why cowork, the answer is laid out clearly in the coworking trends and statistics infographic below.

According to Deskmag’s annual Global Coworking Survey, 71% of respondents described feeling more creative since joining a coworking space, and 62% said their work had improved. (Source – Deskmag)

40% of the workforce will be freelancers, independent contractors, and solopreneurs by 2020 (Source – Forbes)

62% of all coworking owners this year reported wanting to expand their spaces, showing a slight increase from the 59% as reported by the survey results from previous years. (Source – Deskmag)

Detaching from the formal business environment as well as reducing the commute time increases employees’ satisfaction with 65%.  (Source – Coworking London)

For spaces that have 50 or more members, the likeliness of expansion is 25% greater than those who have 24 members or less. (Source – Deskmag)

A business could save up to 75% in total costs by opting for a communal office space. (Source – nerdwallet)

During this survey, 36 percent of the respondents stated that lack of workspace is very seldom, or never, a problem in their coworking space. (Source – Statista) 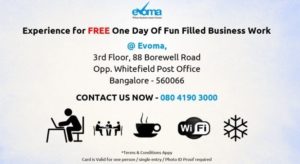